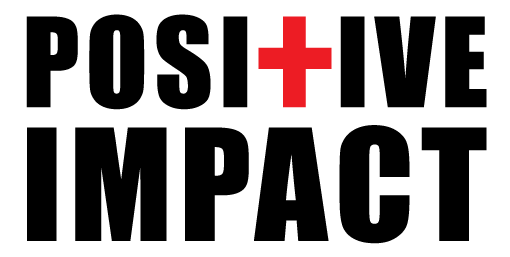 This inaugural virtual summit focuses on HIV education, through the lens of medical advancements, public policy, and community engagement. Topics discussed will range from eliminating stigma, HIV criminalization, U=U, PrEP access, and engaging communities most at risk for contracting HIV. This summit aligns with the Center for Disease Control and Prevention: Ending the HIV Epidemic Plan, which promotes access to prevention, diagnosing, treatment and response.

This 2-day summit is sponsored by Equitas Health, the Equitas Health Institute and the Midwest AIDS Training and Education Center.

CEs are offered for Social Work and Counseling 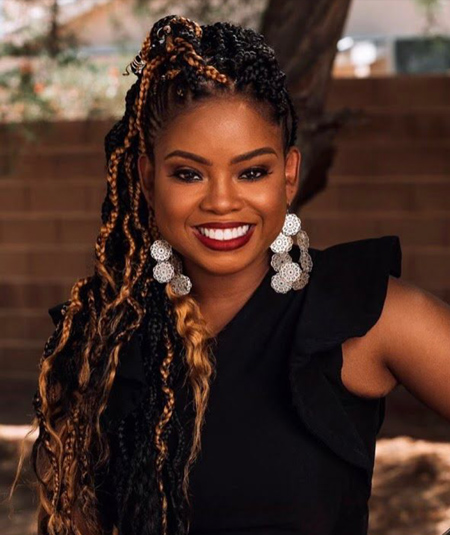 HIV/AIDS activist Hydeia Broadbent has been met with a great deal of adversity throughout her thirty-six years. As a survivor of life’s biggest obstacles, Hydeia has changed the world and fought for all who live with the virus.

Hydeia’s life got off to a rocky start in Las Vegas, Nevada when her biological mother abandoned her at the University Medical Center of Southern Nevada shortly after her birth in 1984. It wasn’t until age three that she was diagnosed as HIV-positive with advancement to AIDS. Doctors were doubtful that the child would live to see her fifth birthday. However, even at her young age, the will to live dominated her illness. With the love and support of her adoptive parents, Patricia and Loren Broadbent, Hydeia faced the virus head-on.

At age six, she made her debut as a public speaker after meeting Elizabeth Glaser, creator of the Elizabeth Glaser Pediatric AIDS Foundation, while undergoing treatment at the National Institute of Health. Elizabeth asked Patricia if she would allow her daughter to speak publicly at an event about living with the virus, to which she obliged. Hydeia’s eloquence in how she shared her powerful story touched the masses. Following this first engagement, Hydeia began to appear at a wide range of HIV prevention and awareness events. This led to the soft-spoken young girl appearing with Magic Johnson and other young patients for Nickelodeon’s HIV awareness special, “A Conversation with Magic Johnson,” where she spoke transparently with the NBA champion about wanting to be treated fairly, despite her diagnosis.

In 1996, Hydeia pulled at the heartstrings of millions once again when she appeared on the Oprah Winfrey Show. The timid 11-year-old articulated to the world an uncensored glimpse into life as a pediatric AIDS patient. Though she prevailed after once staring death in the face, Hydeia broke down in tears as she described the loss of friends who succumbed to AIDS. Her emotional appearance on the show thrust her into the spotlight, and the demand for her testimony increased, making her the poster child for HIV awareness.

In the years that followed, Hydeia appeared on countless panels at some of the nation’s most prestigious college institutions, including Morehouse School of Medicine, UCLA, and Howard University. She has spoken of preventative measures and pushed for a cure in several prominent publications, such as the New York Times, National Geographic, People, and Ebony. In 2006, Hydeia acted as a featured speaker for the International AIDS Conference. The following year, world-renowned pastor Bishop T.D. Jakes summoned the vibrant activist for the Potter’s House AIDS Rally in Dallas, Texas. She then graced the main stage at the Essence Music Festival for the second time in 2007, after her compelling insight as a panelist during the festival seven years prior. Hydeia again served on a panel when Debra Lee, the former Chairman/C.E.O. of BET Networks, invited her to participate in the First Annual Leading Women’s Defined Summit in Washington, DC.

Then, an opportunity in 2014 arose for Hydeia to step outside of her comfort zone by teaming up with haircare company, Ambro. As an ambassador, Hydeia successfully aligned the beauty industry with HIV/AIDS awareness and prevention efforts. Shortly thereafter, Oprah brought back the young woman who captivated viewers’ hearts years before for a “Where Are They Now” episode. Hydeia’s story had been the most requested update since she first appeared on the daytime talk show at age 11. During the segment, she spoke of dealing with the pressures of public speaking about her HIV status as a child and the toll that it took on her mental health.

“It was so much pressure to be perfect, and there was a point where I really resented speaking. I resented being public. It became too much,” she revealed.

Nevertheless, the beautiful humanitarian pushed through and went on to become one of the most recognizable names in HIV/AIDS advocacy efforts, being named a M.A.D. (Making A Difference) Girl on BET’s Black Girls Rock Show in November 2010. Additionally, she was honored at the 28th Annual Bounce Trumpet Awards in 2020. The WEEN (Women in Entertainment Empowerment Network) also awarded Hydeia with the Health Education and Empowerment honor, one of their highest accolades.

Throughout her two-decades-long career in HIV/AIDS prevention and advocacy, Hydeia has been esteemed as the first African-American youth to speak out about the epidemic during a time where stigma and misinformation surrounding the virus was at an all-time high. Today, Hydeia continues to travel the country, calling for prevention, awareness, and resources for those living with HIV/AIDS. She was recently selected to be an ambassador for the Prevention Access Campaign, an initiative looking to educate others on virus undetectability in patients.

While Hydeia Broadbent has grown past the little girl on the Oprah Winfrey Show who spoke to a stunned audience about her battle with AIDS, her mission has remained consistent over the years, which is to educate, advocate and allocate support for the healthy living of patients everywhere. 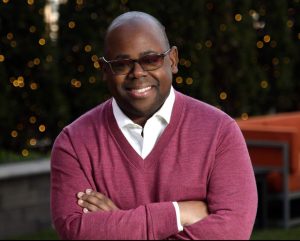 Prior to joining the Policy & Advocacy team at AFC, Timothy served as a Congressional legislative and constituent services staffer for nine years. During this time, he also served as Board President for Thrive Alabama—an AIDS Service Organization and Federally Qualified Health Center providing medical care and support service to people living with and vulnerable to HIV.

Timothy is a member of the Chicago Urban League’s MetroBoard, the National Gay Black Men’s Advocacy Coalition and co-chair of the Illinois Harm Reduction and Recovery Coalition. He was also selected as a 2020 Fellow in Families USA Health Equity Academy in System Transformation. Finally, Timothy is also the founder of The Promises Project, an online clearinghouse of HIV-related resources and media content for advocates and allies.

A native of Jackson, Mississippi by way of Huntsville, Alabama, Timothy received his BA in Political Science and History from Mississippi State University and holds an Associate of Arts degree in Liberal Arts form Holmes Community College. Timothy is a lobbyist, a foodie, a creative, a man of faith, but most of all, a fierce advocate. 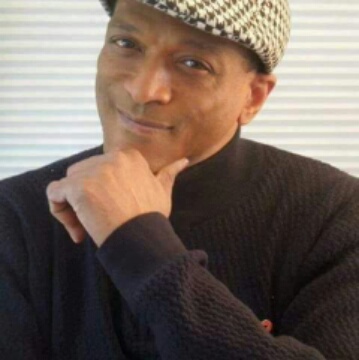 Mr. Bryan C. Jones has been thriving with AIDS for over 38 years and has been an Advocate\Activist for half that time.  He is a National Founding member of the International Undetectable =Untransmittable campaign {U=U}].  He is a voting member of both The Cleveland Planning Council and the Ryan White regional advisory group. He has presented both nationally on mass incarceration, housing instability and HIV as well as U=U. Mr. Jones was very instrumental in the formation of the Ohio Health Modernization Movement whose mission is to modernize the HIV non-disclosure laws in Ohio.

He has been a part of the Sero Project HIV Is Not A Crime Training Academy for three consecutive events, training and developing policies and practices for states around the country who are modernizing and revising their HIV criminalization laws. He is the proud recipient of The Equitas Health 2016 Midwestern Trailblazer Award for lifelong commitment to the LGBTQ community and HIV\AIDS. 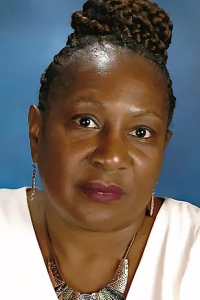 Janet Kitchen, a resident of Davenport, Florida is the founder of Positively U, Inc. Its mission is to provide culturally appropriate and compassionate programming to HIV-positive and at-risk individuals in Polk, Hardee and Highlands Counties and the Tampa Bay area with an emphasis on tailoring activities to meet the specific needs of the individuals.

She currently serves on many state and national advisory boards advocating for the rights of people living with HIV/AIDS.

She has been featured in numerous local newspapers articles, national magazines, television interviews, and has done public speaking in many settings such as churches, universities, conferences, and open forums throughout the country to increase the awareness of HIV and AIDS. Janet is often asked to travel to Washington, D.C. to represent and advocate for the needs of people living with HIV in Florida, as well as representing HIV positive African American women. 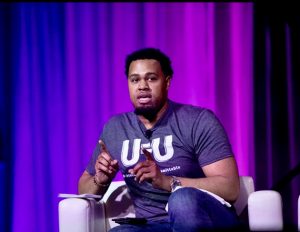 Deondre B. Moore is a 26-year old human rights activist who has spent the last six years dedicating his time and resources to educating persons and raising awareness all over the world regarding HIV and Civil Rights issues. Deondre began his work in public health and advocacy after receiving an HIV positive diagnosis in 2014 at the age of 19. Since his diagnosis, he has taken the education he has received and shared it with community members across the nation. Deondre’s years of experience serving on various national Community Advisory Boards, as a Community Mobilizer in Texas, and experience as a Pharmaceutical community engagement consultant has provided him with the necessary skill sets to take on his new role with PAC.

Deondre’s lived experience as a Black gay man will strengthen PAC’s meaningful engagement with partners and communities to bring about awareness and resources consistent with PAC’s values. Deondre is also studying Human Resource Management at Sam Houston State University. Deondre intends to engage with various communities and organizations throughout the U.S., with emphasis on Black and Brown communities and other communities of color in order to provide resources, build meaningful partnerships, and to ensure that PAC is expanding and operating at its full potential to continue changing the trajectory and way we look at HIV prevention in the U.S.